Many Ultima builder have asked about how to fit central locking at one time or other. For the benefit of posterity this is a rehashed version of a Pistonheads post on the subject that I wrote...

I wanted to keep the door locks but wanted to avoid scuffing the body with my collection of keys so I fitted central locking. It wasn't easy coming up with a mechanism that worked...it took over a month of weekends and much cussing to come up with something that was reliable. The result is quite simple though as the pics show: 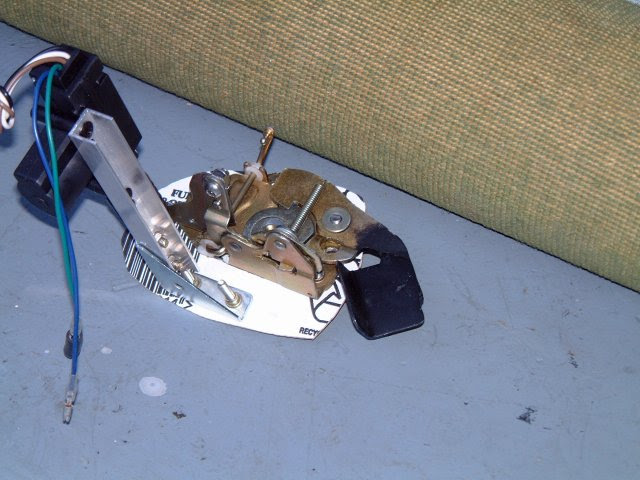 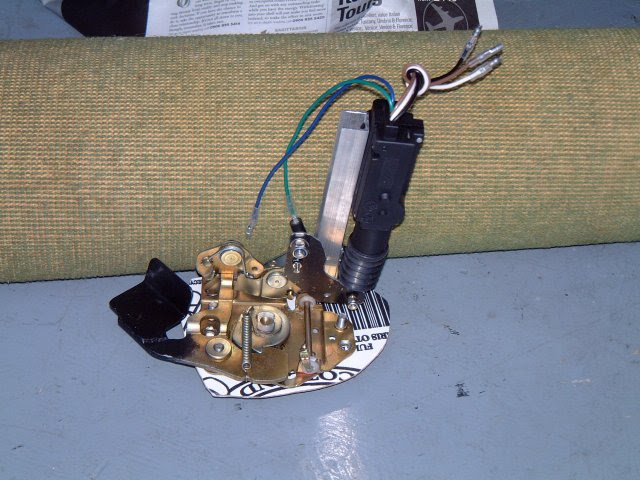 If you wanted to replicate this then I'd recommend fitting the Ultima door locks and getting them working perfectly with the key. Then make an accurate template out of card of the mounting holes for each door in turn. Mount the door lock for the door in it's template before building the mechanism around it.

There are two tricky bits in the design. Getting the right throw on the extra bellcrank that is attached to the lock mechansim is important. To account for the inevitable misalignment of the motor movement I attached a long M3 bolt to the eye in the end of the motor. I then spaced this away from the bellcrank with washers and a nylock holding the stuff together but with a bit of slop.

This design has been working in my car for the last two years and has been perfect. The key is a little stiffer than normal because you have the motor to move as well but I don't see any way of making it better. There is basically no added friction and the locking action is positive but doesn't place much strain on the motor.

For motors, in the UK anyway, I'd recommend Maplin. They sell them for under £10 each!

I've been a user, proponent and occasional contributor to Free Software for the best part of 15 years. Back in 96 I came across the EFI 332 project which was aiming to develop a completely DIY EFI system using the then new(ish) Motorola 68332 microcontroller. Though I didn't have a car to put it in I lurked on the mailing list and picked up a few parts in the group buys that took place from time to time. The project eventually fell by the wayside. Only a couple of folk managed to build enough of the EFI332 system to get it actually running on a real vehicle. Of this select group, two dedicated hackers and engineers, Bruce Bowling and Al Grippo went on to develop a much simpler more easily digestible EFI system.

The simpler DIY system they came up with is called MegaSquirt and is based on a derivative of the Motorola HC11 microcontroller. The MegaSquirt project really took off and is now used on hundreds upon hundreds of vehicles from skidoos to 300+ mph landspeed record bikes. The MegaSquirt system is run as an Open Source style project will all the code and circuit diagrams released for anyone to look at and modify.

So when I got to thinking about putting EFI on the Ultima I was planning it was obvious that it had to be some variant of MegaSquirt rather than an off the shelf system from Holley, Edelbrock, FAST, Electromotive or MoTeC.

I'm planning on attacking the conversion to full EFI in stages to keep life a little simpler and hopefully keep a running car. The stages I'm thinking of are:


Well, that's the plan anyway. Read on to see what really happens...

Hi! The aim of this blog is to attempt to document the process of converting my Chevy V8 engined Ultima GTR kit car from its current Holley carburetted form to having full blown Electronic Fuel Injection(EFI). Along the way I'll probably also be sprinkling in the other mods I make to the car.

First off it's probably worth explaining what an Ultima GTR actually is. Here's a picture of my car at a trackday I did at my local circuit, Knockhill in Scotland, in June 2004: 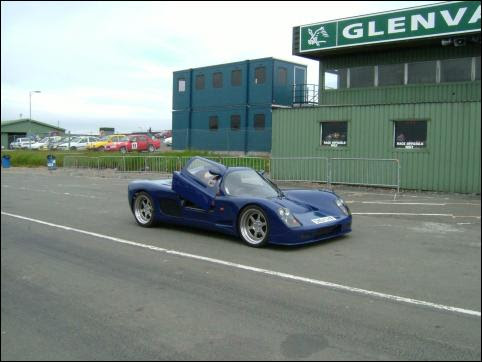 An Ultima is a mid-engined kit car usually powered by a small block Chevy V8 connected to an inverted Porsche G50 gearbox. The kit is designed and supplied by Ultima Sports based in the Midlands of England. The car is a very high performance "racecar for the road" and currently holds the world record for doing 0 mph - 100 mph - 0 mph in a production road car. The Ultima differs from a lot of other kit car designs in that all of the components are purchased new and many are completely custom designed for the car. This means that the car can be registered in the UK as a brand new road car with a current registration.

My car has a fairly standard spec at the moment. It is fitted with:

I originally purchased the engine as a custom Ultima crate engine from American Speed in Illinois. As it was shipped the engine worked great out of the box and it has been nothing but reliable. However I did spec the engine with the intention of converting it from the more usual Holley 4150 double pumped carb to a more modern fuel injected engine. Hopefully this will allow me to pick up better fuel economy and driveability as well as giving me endless excuses for tinkering...